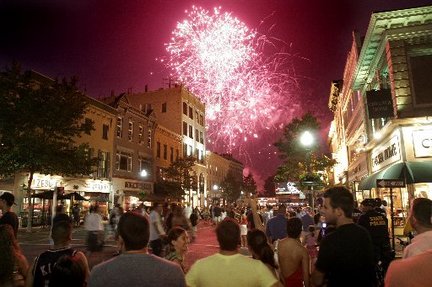 The Fourth of July is a day to celebrate freedom, food, and fireworks. This year, Macy’s is celebrating the 40th anniversary of its Fourth of July Fireworks show! Unfortunately, the show is over the East River, meaning no views for New Jersey. However, there are several spectacular fireworks shows being held in New Jersey, including one over the Hudson River!

With the Statue of Liberty as its backdrop, Jersey City’s Freedom and Fireworks Festival will host a grand fireworks production over the Hudson, promising to be the biggest in the state. The all-day event, taking place at Liberty State Park, includes carnival rides, games, food and a free pre-fireworks concert. Crowds of over 100,000 are expected, so pack blankets or chairs and enjoy the patriotic party!

Kearny is having their Independence Day celebration on July 4th at Veteran’s Field starting at 6:30pm. There will be face painting, clowns, and live music courtesy of the Garden State Concert Band. In addition, there will be pony rides, inflatable moonwalks, and a Home Run Derby for all children to enjoy. All of this will be leading up to the Fireworks Celebration at approximately 9:15pm at the Frank A. Vincent Marina.

If you, like many New Jerseyans, are planning to go down the shore for the holiday weekend, there is no shortage of Independence Day celebrations at the Jersey Shore. Atlantic City Fireworks is “one of the top five fireworks displays in the country. ”Over 250,000 people are expected to flock to various viewing areas along the boardwalk,beach, Steel Pier or casinos. The can't-miss display is so big that it takes two ocean barges and a marina platform to light up the sky.

Catch one of the biggest Fourth of July festivals in the state at Long Branch's 26th Annual Oceanfest. The festival runs from 10am to 10pm, rain or shine, along the half-mile stretch of oceanfront Promenade between Seven Presidents Park and the OceanPlace Resort Spa. Family-friendly festivities include dancers, musicians, clowns, carnival acts, food, crafts and costumed characters. The Oceanfest finale is a spectacular fireworks display over the ocean at 9pm.

Fourth of July in the Wildwoods is chock full of family-friendly activities.Daytime events include The Independence Day Parade, The Patriotic Pooch Parade, theFourth of July Beach ‘n Boardwalk Patriotic Run/Walk and the Fourth of July Boardwalk Craft Show. In the evening, grab a blanket or beach chair and enjoy some free pre-fireworks festivities including a 2pm concert by country music legend, Tim McGraw.The fireworks begin at 10pm on the beach at Pine Avenue and will be visible from almost anywhere in the Wildwoods.

While Jenkinson’s presents a fireworks display every Thursday night throughout the summer, its July 4th event promises to be even more spectacular! Fireworks begin at nightfall, around 9pm, and can be seen throughout Point Pleasant Beach. There’s no admission to the beach, so bring a blanket and watch the show.

So, whether you plan to travel to New York City to see the Macy’s Fourth of July Fireworks Show, decide to stay local, or head down the shore, there is definitely something fun for everyone! If you are celebrating outdoors, be sure to wear sunscreen and stay hydrated! No matter what you decide to do, remember to have fun and enjoy 240 years of independence in our great country! 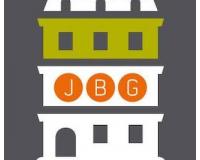 With beautiful brownstone, pre-Civil war housing combined with one of the fastest developing apartments and office buildings all nestled together, Jersey City is an incredible place to live.

To rent, or to buy? A common question that can be confusing and downright daunting. There are plenty of arguments out there that could influence your decision. But first, it’s important to ask

With nearly half the U.S workforce working from home, many of us have a common issue: how to transform their current living space into a functional home office. The good news is that you can